Skip to content
Written by Camila Reed in Sleep last updated May 2021
LiveLifeBig.net may earn a small commission when you use one of the links on this page to purchase.

Air mattresses are great for guests in the home or for enjoying the outdoors while camping.

But exactly how much weight they can hold can be a little confusing to figure out. They seem strong but at the same time, you wouldn’t want to risk a big pop in the middle of the night.

Or more likely, a terrible night of sleep as the mattress slowly drains under too much weight.

600 pounds might sound like a lot to some folks but when you consider that it’s often two people sleeping on one mattress, it’s easy to see how a weight capacity of even 400 pounds just won’t cut it for most.

As is often the case, it’s also a good idea to make sure you’re not pushing the limits too much and you’re well within the weight limits of your mattress.

Let’s take a closer look at the weight capacity of your typical air mattress by reviewing some of the most popular brands and taking a look at what impacts weight capacity.

What’s the Average Weight Capacity of an Air Mattress?

To get a better of the weight capacity for your average air mattress, I grabbed a mostly random sample of the top air mattresses based on the number of reviews on Amazon.

I only selected queen or king-sized beds but besides that, these are just 6 of the air mattresses that Amazon gave me. 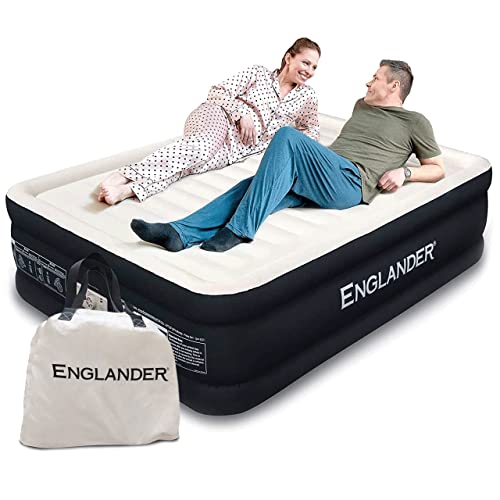 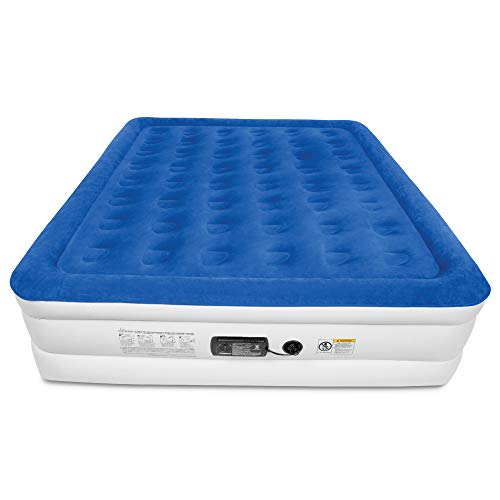 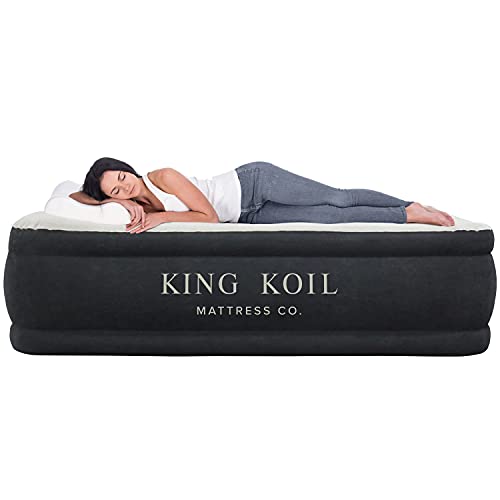 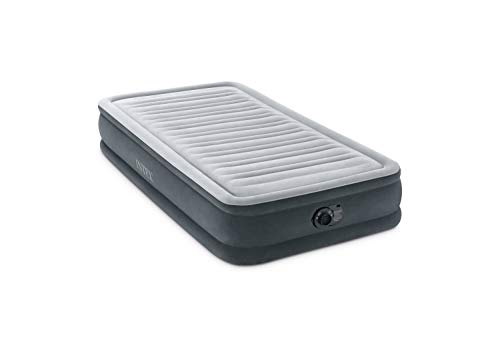 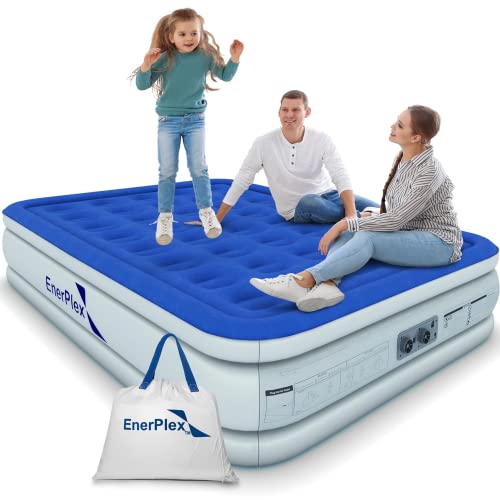 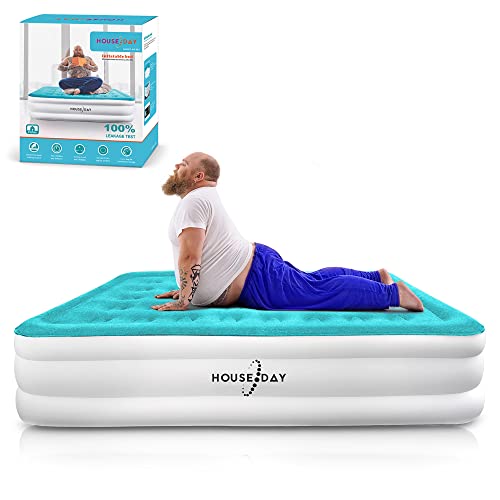 Again, this makes sense when you consider that these beds are made for more than one person to sleep in.

What Impacts the Weight Capacity of an Air Mattress?

You’ll notice that every air mattress in the table above includes either a beam or coil beam construction. This type of construction distributes weight across the entire mattress and greatly increases overall capacity.

Let’s take a closer look at the three types of construction you’ll see in the world of air mattresses.

The design is exactly what it sounds like and the construction is simply one or two chambers that are filled with air. While you probably won’t find many air mattresses with this design, you’ll still see this on smaller items like sleeping pads.

This type of construction features rows of air pockets that each individually fills with air. They run in the opposite direction of the sleeper to provide maximum support from head to toe.

You can see a great illustration of what these look like here: 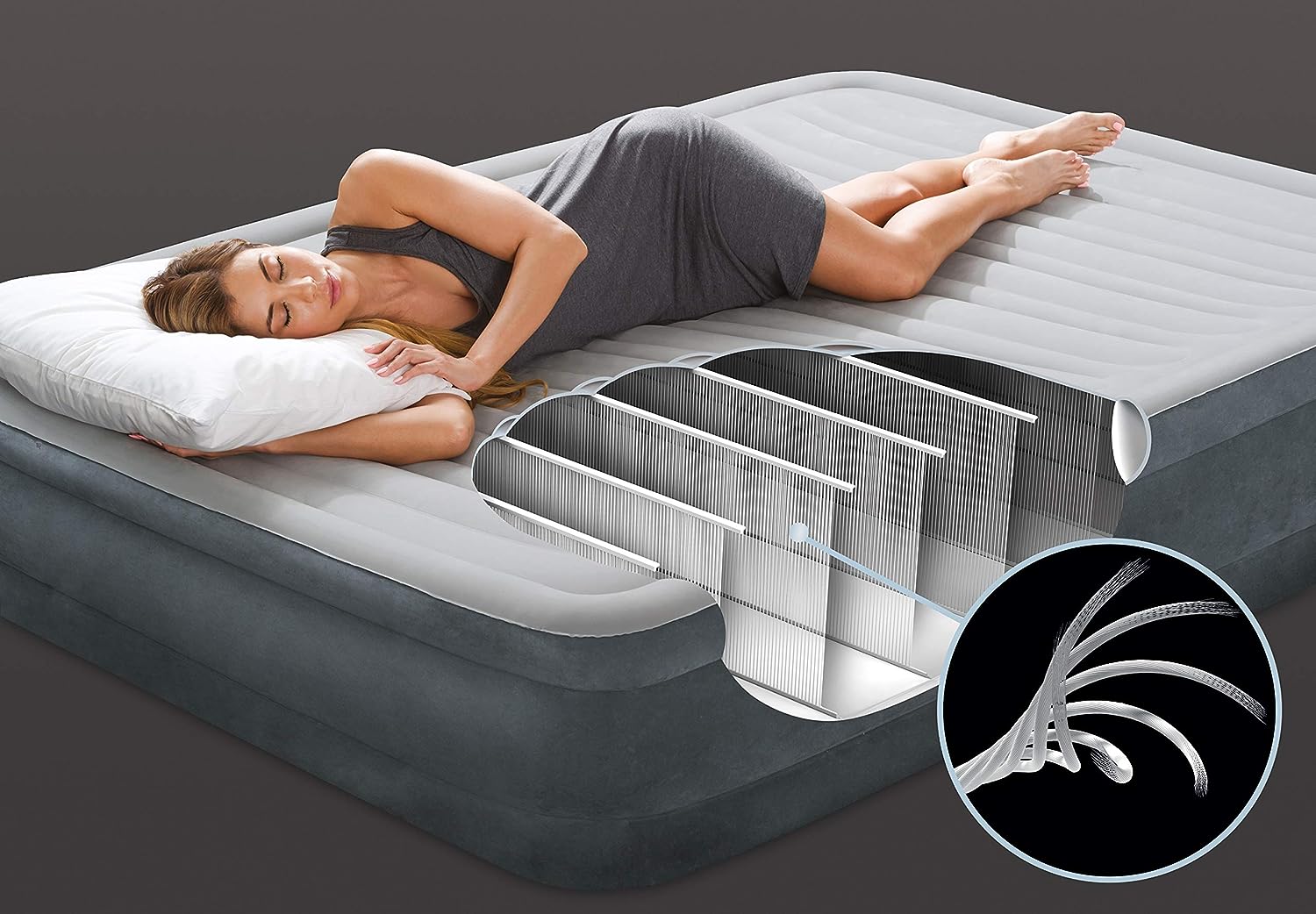 This picture from the Intex Dura-Beam makes it easy to see why this is called air beam technology! Each row, or beam, is filled with air which is way better than the old school single or double chamber.

But some companies have taken this even further by adding even more chambers!

It’s a lot easier to see in this picture for the HOUSEDAY Queen air mattress: 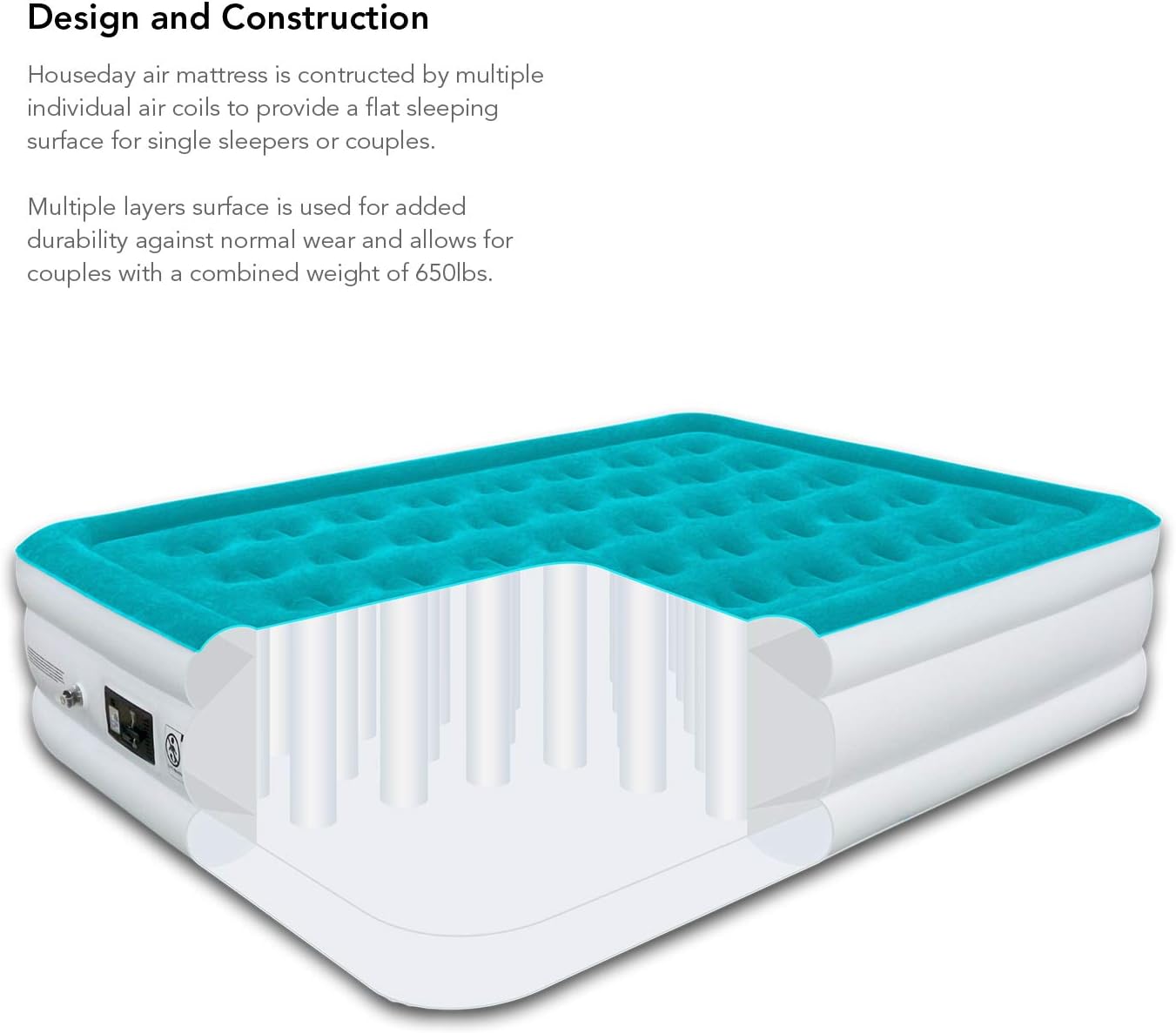 Notice how there are way more air pockets compared to beam design which means even more weight distribution.

It’s actually the same principle that explains why a person can lie down on a bed of nails without being injured. Multiple nails, just like multiple air coils or columns, split up the total weight and support the additional load.

Weight capacity does differ between different sized air mattresses but probably not as much as you’d think.

The differences in weight capacity between king-size and queen-size air mattresses is pretty minimal and sometimes there no difference at all within the same brands. Even though these two beds are obviously different sizes, there’s not a huge difference in the number of beams or coils that can be added and so the support is usually comparable.

The same is mostly true for the full size bed which is close to a queen.

However, when it comes to twin-sized beds, you’ll find a lot more options that have a weight capacity of 300 pounds. Again, this makes sense when you consider that it’s unusual for two people to try and share a twin-sized bed.

That being said, you can still find plenty of twin-sized beds that can support heavy folks in the 500 pound range.

I’m pretty darn confident that we’ve covered everything you’ve ever wanted to know about the weight capacity of an air mattress.

And probably a little bit more too!

But now you’re fully educated and ready for a good night’s sleep!

link to Is There A Weight Limit For Aerial Yoga?

Written by Camila Reed in Questions last updated July 2022 LiveLifeBig.net may earn a small commission when you use one of the links on this page to purchase. If you're reading this it's...

Continue Reading
link to How to Dance When You're Fat

Wondering how to dance when you're fat? Learn how to let go of that fear and just feel the music, whether you're dancing for fun or dancing in public.